A sparkling drinks reception, followed by a delicious lunch while two award winning authors reveal the inspirations behind their latest books. Take a table of ten and entertain clients, socialise with friends or opt for a mixed tables and meet some likeminded women. Join us for a lunch that celebrates the good things in life; fizz, food, books and conversation.

The Golden Rule by Amanda Craig 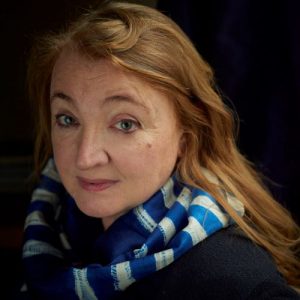 Amanda Craig is a British novelist, short-story writer and critic. Born in South Africa in 1959, she grew up in Italy, where her parents worked for the UN. Amanda was educated in the UK, finishing her studies at Clare College, Cambridge.

After a brief time in advertising and PR, she became a journalist for newspapers such as the Sunday Times, Observer, Daily Telegraph and Independent, winning both the Young Journalist of the Year and the Catherine Pakenham Award. She was the children’s critic for the Independent on Sunday and The Times. She still reviews children’s books for the New Statesman, and literary fiction for the Observer, but is mostly a full-time novelist. Her novel Hearts and Minds was longlisted for the Bailey’s Prize for Women’s Fiction, and her most recent novel, The Lie of the Land, was chosen as a book of the year by the Guardian, Observer, Telegraph, New Statesman, Evening Standard, Sunday Times and Irish Times.

‘The Golden Rule does what her novels do best, wrapping the reader in a tight, lean narrative, showing the strangeness that lies at the heart of normal-seeming lives’ – Alex Preston

When Hannah is invited into the First-Class carriage of the London to Penzance train by Jinni, she walks into a spider’s web. Now a poor young single mother, Hannah once escaped Cornwall to go to university. But once she married Jake and had his child, her dreams were crushed into bitter disillusion. Her husband has left her for Eve, rich and childless, and Hannah has been surviving by becoming a cleaner in London. Jinni is equally angry and bitter, and in the course of their journey the two women agree to murder each other’s husbands. After all, they are strangers on a train – who could possibly connect them?

But when Hannah goes to Jinni’s husband’s home the next night, she finds Stan, a huge, hairy, ugly drunk who has his own problems – not least the care of a half-ruined house and garden. He claims Jinni is a very different person to the one who has persuaded Hannah to commit a terrible crime. Who is telling the truth – and who is the real victim? 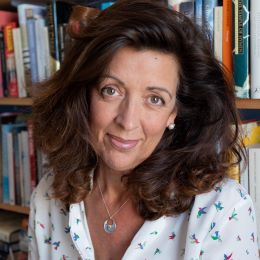 Platform Seven is Louise Doughty’s ninth novel.  Her Top Ten bestseller Apple Tree Yard sold over half a million copies in the UK alone and was adapted for BBC One as a four-part series starring Emily Watson. Her most recent book was Black Water, which was published to critical acclaim in 2016 and it was nominated as one of the New
York Times Notable Books of the Year.  She has been nominated for the Orange Prize for fiction and the Costa Novel award and her work has been translated into thirty languages. She lives in London.

‘Doughty is a brilliant storyteller who knows how to build the suspense to breaking point.’ The Times

Platform Seven at 4am: Peterborough Railway Station is deserted. The man crossing the covered walkway on this freezing November morning is confident he’s alone. As he sits on the metal bench at the far end of the platform it is clear his choice is strategic – he’s as far away from the night staff as he can get.

But he has company. Lisa Evans knows what he has decided. She knows what he is about to do as she tries and fails to stop him walking to the platform edge.

Two deaths on Platform Seven. Two fatalities in eighteen months – surely they’re connected? No one is more desperate to understand what connects them than Lisa Evans herself. After all, she was the first of the two to die…

Join us for a sparkling combination of good food, good books and good company.

Gather over canapes and fizz before sitting down to a delicious lunch while two award winning writers talk about the inspiration behind their latest books.  Treat your clients or catch up with likeminded friends.

I love Gliterary Lunches.  You introduce me to books I might not have otherwise known about. B Morton, Edinburgh

A space for mindfulness in our busy lives! Phyllis Stephen, The Edinburgh Reporter

Fantastic way to catch with clients in a relaxed setting – with the added bonus of signed books! Lorna Innes, First Scottish

More details about this event and the featured authors will be available soon.  Join our mailing list if you want to be kept informed about this and future events.

If you would like tickets for a Gliterary Lunch, simply download and print off the Gliterary Lunch Order Form for completion and return it to us.  You can either send a cheque made payable to Gliterary Lunches or to pay online, please request an invoice. Confirmation of your booking will be sent out to you along with information about the menu, table planning and how to pre-order wine and books if required.