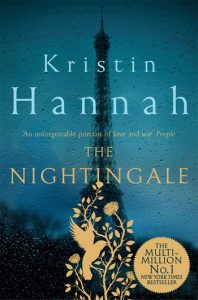 This one was a tearjerker. Set in France during WW2, it tells a raw and honest story about women during wartime. We see what the Nazi occupation of France meant for the women who were left behind and how they had to fight their own battles at home, doing whatever they could to survive.

Isabelle’s character is particularly intriguing and admirable, revealing the clandestine role many women played in the French Resistance. As a piece of WW2 historical fiction, this book piqued my interest from the very beginning and was a really moving and compelling read.