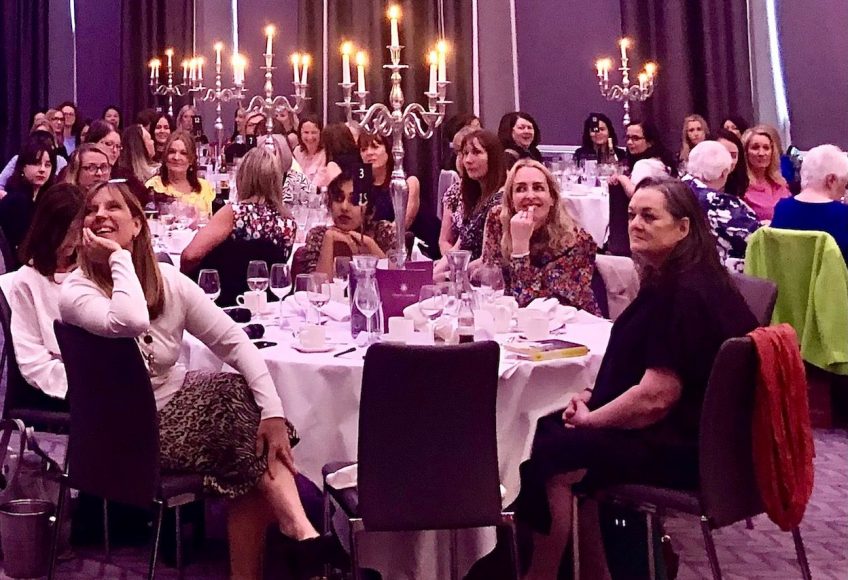 A sparkling drinks reception, followed by a delicious lunch while two award winning authors reveal the inspirations behind their latest books. Take a table of ten and entertain clients or socialise with friends or join our mixed tables and meet some likeminded women. Join us for a lunch that celebrates the good things in life; fizz, food, books and conversation. 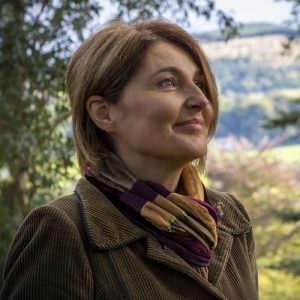 Karen is a graduate of Glasgow University’s renowned Creative Writing Masters. She is the author of various acclaimed novels including This is Where I Am,  which was a BBC Radio 4 Book at Bedtime, and optioned for TV.  Other titles include The Twilight Time, After the Fire, Shadowplay, Proof of Life and The Sound of The Hours, for which she was awarded a Creative Scotland Artist’s Bursary. A former police officer and council PR, Karen Campbell won the Best New Scottish Writer Award in 2009. She lives in Galloway, Scotland. Karen was Writer in Residence at Dumfries & Galloway Council in 2021, documenting how Council staff responded to the pandemic.

What if going back meant you could begin again?

Rocked by a terrible accident, homeless Kelly needs to escape the streets of Glasgow. Maybe she doesn’t believe in serendipity, but a rare moment of kindness and a lost engagement ring conspire to call her home. As Kelly vows to reunite the ring with its owner, she must return to the small town she fled so many years ago.  On her journey from Glasgow to the south west tip of Scotland, Kelly encounters ancient pilgrim routes, hostile humans, hippies, book lovers and a friendly dog, as memories stir and the people she thought she’d left behind forever, move closer with every step.

Full of compassion and hope, Paper Cup is a novel about how easy it can be to fall through the cracks – and what it takes to turn around a life that has run off course.

‘… an original and memorable protagonist… whose interior voice will continue to ring in the reader’s head even after the long journey’s end is reached. The Guardian

This is Gonna End in Tears
Liza Klaussmann

Liza Klaussmann worked as a journalist for the New York Times for over a decade. She received a BA in Creative Writing from Barnard College, Columbia University and was awarded the Howard M. Teichman Prize for Prose. She lived in Paris for ten years and completed an MA in Creative Writing with distinction at Royal Holloway in London.  She is the great-great-great granddaughter of Moby Dick’s creator Herman Melville. Her award-winning first novel Tigers in Red Weather was the subject of an eight-way auction battle, eventually selling for a seven-figure sum to Little Brown in the US. The foreign rights were sold in 18 territories and it won a British Book Award.  This is Gonna End in Tears is Liza’s third novel.

Growing up, Miller, Olly and Ash stuck together like they were keeping a secret; they were successful, best friends, lovers. It was a perfect, shining life – until it fell apart.  Now Miller and Ash are married and living among the sugary coloured houses they ran away from.  Miller feels like she’s disappearing. Ash is having an affair. Olly lives in LA, but is on the precipice of disaster.  During the hot summer of 1984, unanswered questions draw the three of them back together.

Some summers are spent yearning for something to happen, others are charged with the terrifying, exhilarating feeling that everything is going to change.

If you would like tickets for a Gliterary Lunch, just click the Book Now button and select the number of places you want to reserve.  For a whole table, order 10 places. If you are booking on behalf of an organisation and need a vat receipt or want an invoice rather than using a payment card, contact [email protected]

Confirmation of your booking will be sent out to you along with information about the menu, table planning and how to pre-order wine and books if required.